About DadPad, Being a Dad

About DadPad: We don’t help men with the job that will define their lives

About DadPad, Being a Dad

About DadPad: We don’t help men with the job that will define their lives

Welcome to our new website and thanks for coming. We’re really excited that the mission is expanding and more people are getting behind us to reach our goal of getting a DadPad to every new father in the UK by 2020. Dads won’t ask, so that’s why we need to do this for them. It’s the least we can do.

I don’t know many fathers who would say that becoming a dad isn’t, at times, terrifying and stressful. It was for me. I felt useless at first, but then – with direction from my mother-in-law and my wife – I found useful things to do. It wasn’t easy, and I was left wishing I’d had better guidance before my son arrived. There didn’t seem to be anyone focusing on me, making sure I did things right. If I got it wrong, there seemed to be a sense of disapproval, or disappointment, that I wasn’t up-to-speed and should have known better because I’d been shown a couple of times. A rocky start, but I felt a growing sense of confidence when I could support my wife. I was able to bond with my baby (who is now 12) by being truly involved. 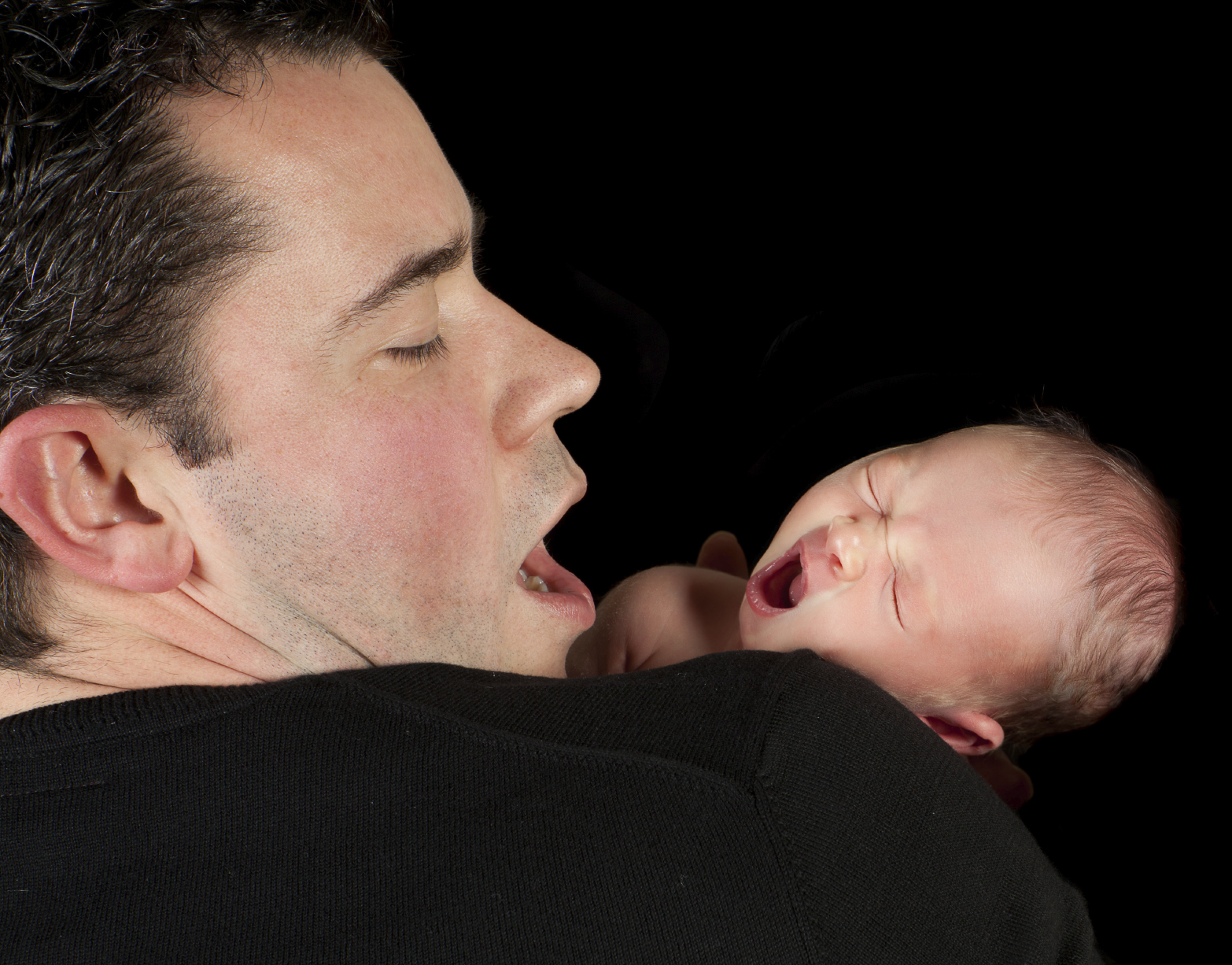 In an alternative scenario, I might not have been so lucky. Plenty of dads don’t bond with their babies, yet bonding is key to a family’s long-term emotional security. Many dads aren’t aware of just how important this is. I’ve heard dads say “babies don’t do anything for the first six months”. They didn’t appreciate that they could be giving their child a more secure future by seeking out opportunities to bond for as much time as possible, particularly in those first few precious weeks, months and years. There’s a knife edge of huge implications here: fatherhood is a critical moment in a man’s life that puts him on a crossroads. It can be a defining moment, an exclusive opportunity — a golden opportunity — to build a better future, for himself and his family.

It’s a lesson I learned working as a Probation Support Officer in Cornwall for 12 years. We reduced reoffending to 30% below the national average but the money was cut, and I realised the best answer was to get to men before they struggle with mental illness, addiction and crime in the first place. I also realised that the best time to intervene in terms of cost-effectiveness is when they become dads. When fatherhood goes well, men on a troubled path tend to change tack. The DadPad isn’t just for men on a troubled path, though: it’s for any man who wants a better chance of a fulfilling life. 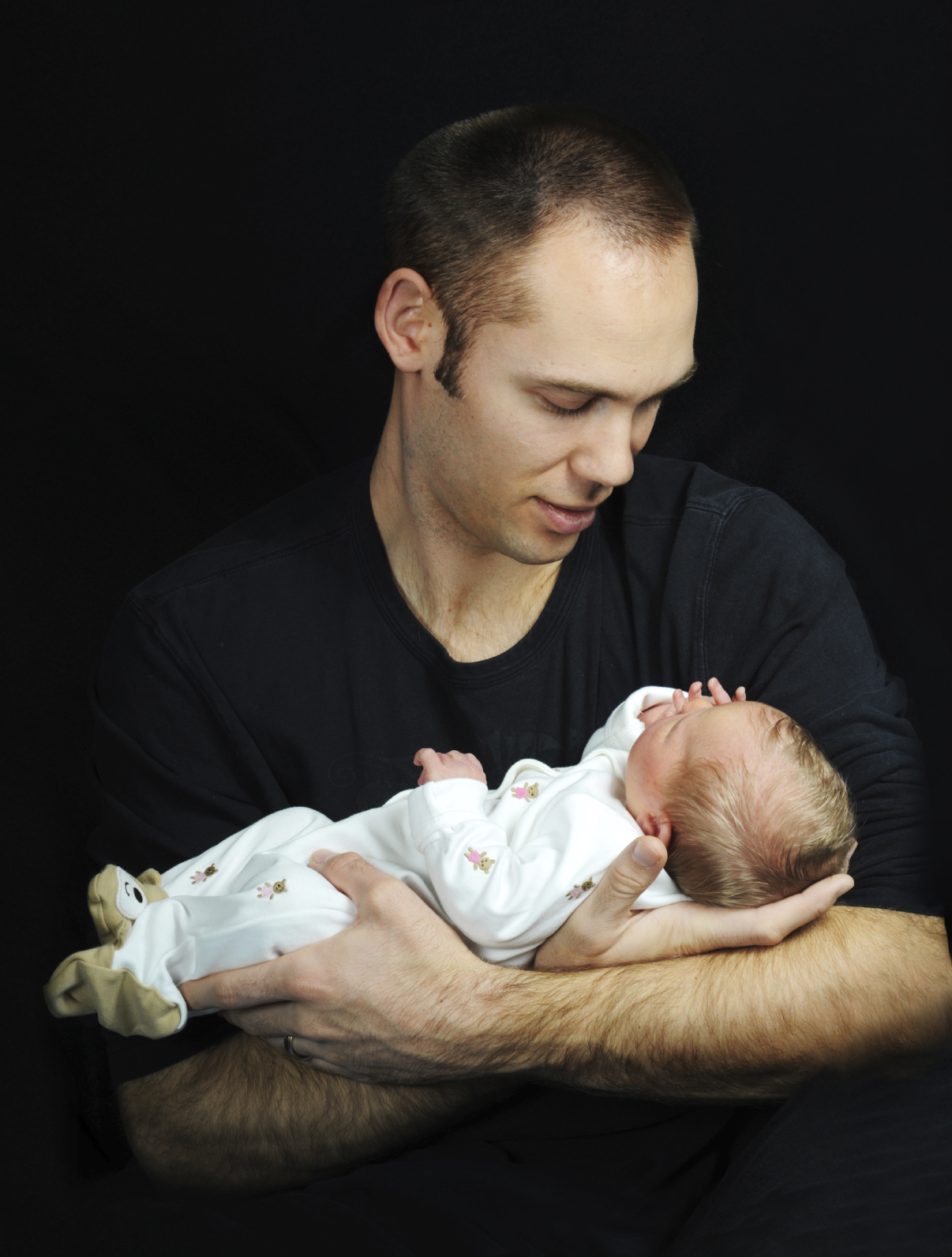 A lot of men feel confused and overwhelmed around the birth of their child. The danger then is that they withdraw, isolating themselves. We know where that path can lead: relationship breakdown, estrangement, mental health issues and the associated problems with employment, addiction and debt. Mums and dads are left vulnerable to post-natal depression, and babies are cheated of a healthy and happy future.

No one wants this, but what’s behind it? You only have to look around to see how everything ‘baby’ is geared up for mums, whereas dads might get to choose the car seat. I’m generalising. But a girl will grow up knowing with 100% certainty that if she is going to have a baby she will be the one carrying it.

Think of all the messages girls receive in their formative years from relations, strangers, the media and advertising. Boys, well… they do, and hear, different things, don’t they? Most of their play and activities are rooted in gender-specific traditions. Often, when males discover sex, they don’t countenance the possibility of creating a child. Only when it actually happens do they truly realise the enormity of the situation. Suddenly, the fear creeps in: fear of change, of being unprepared. I’ve seen dads-to-be turn white and shake with fear when it dawns on them. 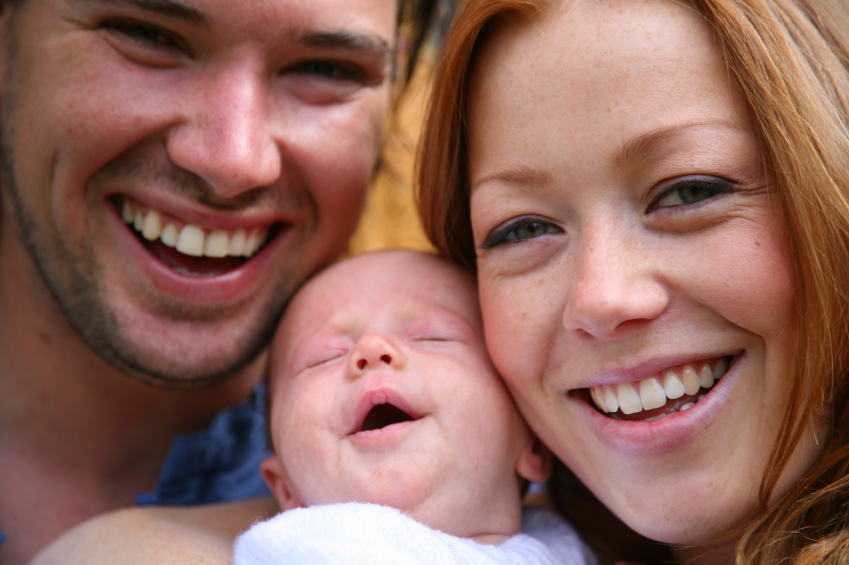 Another question for you: why do men withdraw when they feel stressed, instead of reaching out? One reason is that stoic self-sufficiency is a popular masculine value in our culture. Unfortunately, at moments of high stress, it delivers something very toxic: further isolation. Men who need to talk the most talk the least. This might explain why suicide is now the biggest killer of men under 50. How do we get to them before they’re unreachable? How do we get men engaged in their babies’ care, get them asking for support earlier, so the onus isn’t on mums to tell them what to do? (That’s even more pressure on mums when they need support and rest, and when they may be dealing with complicated health issues of their own.)

I believe that, for most men, how they are as a dad to their children defines them. Looking back, what will we say about how well we lived and what we achieved? I know… these cultural and societal problems aren’t solved overnight. You can’t save everybody. You can lead a horse to water but you can’t make it drink, and so on.

But we must make a start. We must go back to basics and lay a foundation. So we’re starting with the DadPad. It’s designed to be a leg up. A go-to get-started guide. Dads-to-be don’t necessarily want long-term support, but they need something to help get them going, something that isn’t overwhelming. They need to know what to do because no one is telling them at the right time. They need this information to bond with their child and get their first fix of oxytocin, nature’s love drug, so they can become hooked on raising a family. All it takes is a little guidance to unlock every man’s powerful natural drive to do their best for their families. 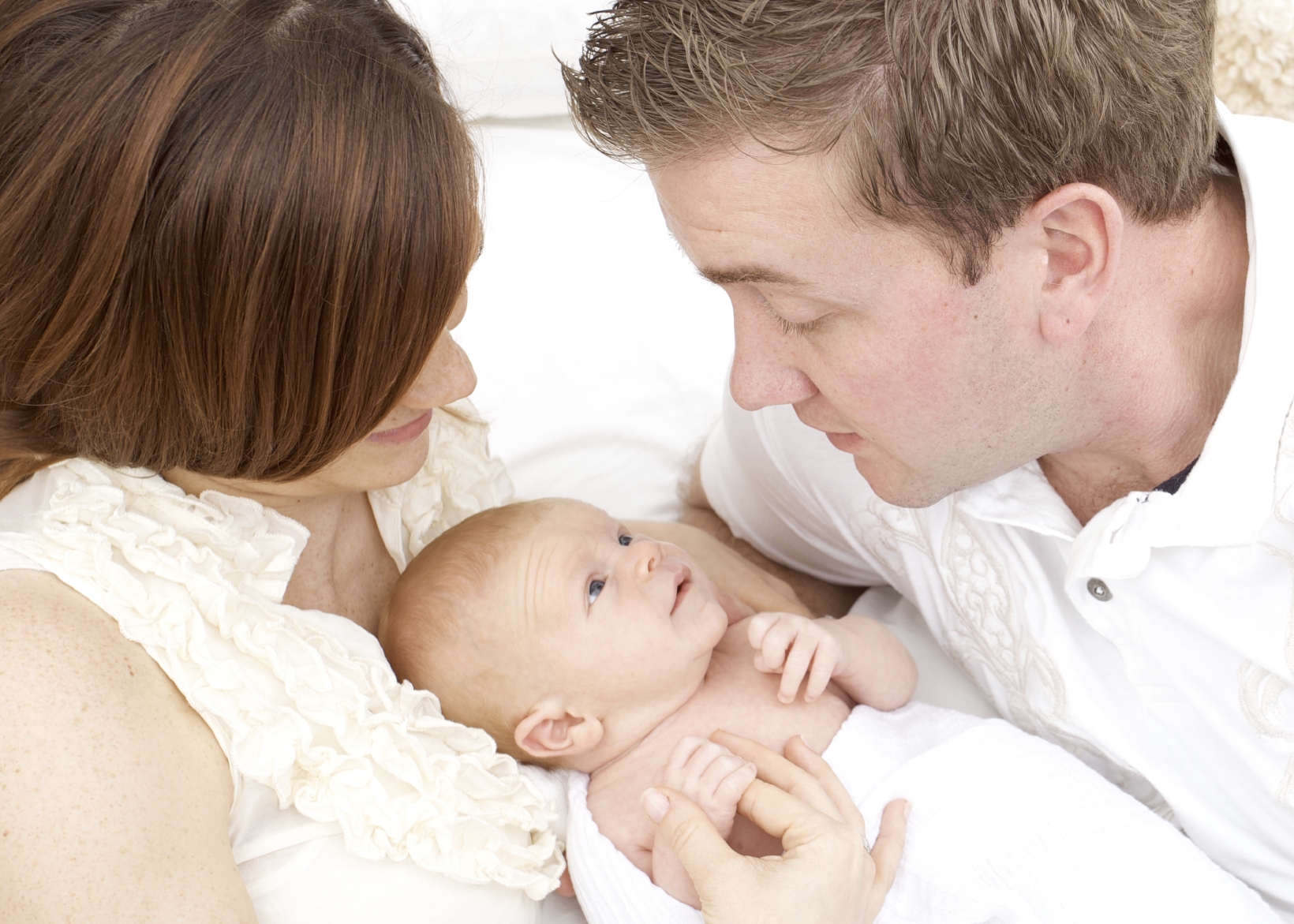 We’ve put this guidance in the DadPad. Tangible things dads can do to be empowered, to develop confidence and begin building the basic foundations for an emotionally secure and happy family. I wish I had had one. By firming up the family unit, the DadPad prevents suffering for families who would otherwise just drift through early family life.

The best part is that it is incredibly cost-effective. Every pound spent on one saves up to £60 on costs, such as mental health interventions, that are more difficult downstream. Involved dads, for example, are more likely to notice post-natal depression in their partners and themselves, which is easier and more cost-effective to treat if referred earlier.

Isn’t it incredible that we’re only just beginning to help men prepare for the biggest job of their lives? And it’s the one job that will cause us the most collective misery if it’s allowed to fail. Better late than never… 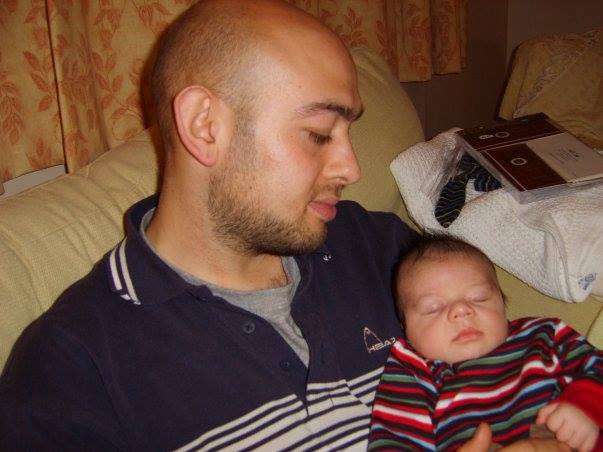 Julian and son, a few years ago…