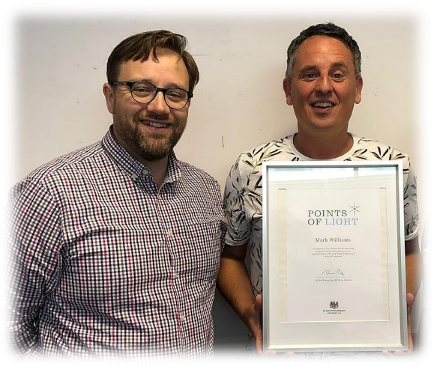 Chris Elmore MP presenting Mark Williams with his Points of Light Award, for voluntary work, in 2019.

Mark decided to publish the report today as it is World Suicide Prevention Day.  He picked this date for a number of reasons, including that:

Mark’s passion for fathers’ mental health began after he suffered a breakdown five years following the traumatic birth of his son, and then supporting his wife through severe PND, which manifested soon after the family returned home from hospital.  He began campaigning for better awareness of, research into and support for fathers’ mental health and, in 2011, had his first article published in his local newspaper, in order to raise awareness of his “Fathers Reaching Out” group.  Since then, he has attended and spoken at over 350 conferences, training days and events, and produced a TEDx talk on “The importance of new fathers’ mental health“. He has dedicated hundreds of voluntary hours to this work, with the ultimate aim of demonstrating that providing support to all parents will result in far better outcomes for the whole family, and for the child’s development. 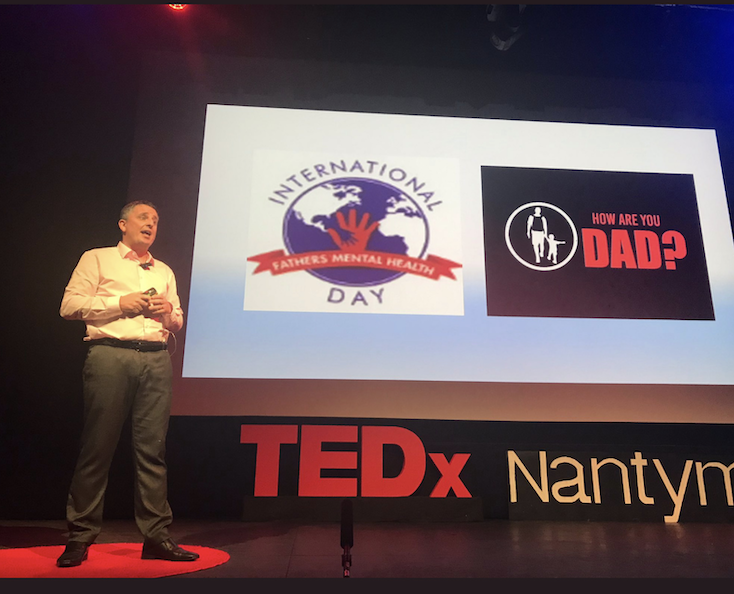 Mark’s report gathers together evidence from research and reports, parents and professionals, all of which demonstrate that much more needs to be done.  His list of 25 key recommendations for change include:

Mark has said of his report:

The biggest killer in men under 50 is suicide, and many fathers don't get asked about their mental health during the antenatal and postnatal period. I hope that this report will raise awareness amongst the health professionals, educators, parents and families - as well as with MPs, the Department of Health and Social Care, and WHO Commissioners. We want an acknowledgement that dads - as well as mums - struggle during the perinatal period. Many men will have a past history of anxiety, depression and trauma before becoming a parent, but many others with not, yet all are susceptible. Supporting all parents will lead to far better outcomes for everyone, including in particular the child. We also need to reinforce that we are not looking at fathers in isolation, or at the expense of mothers. While I will continue the work we have always done to look after mum, too, this is about the mental health of the entire family, and about recognising the importance and impact of early prevention measures. 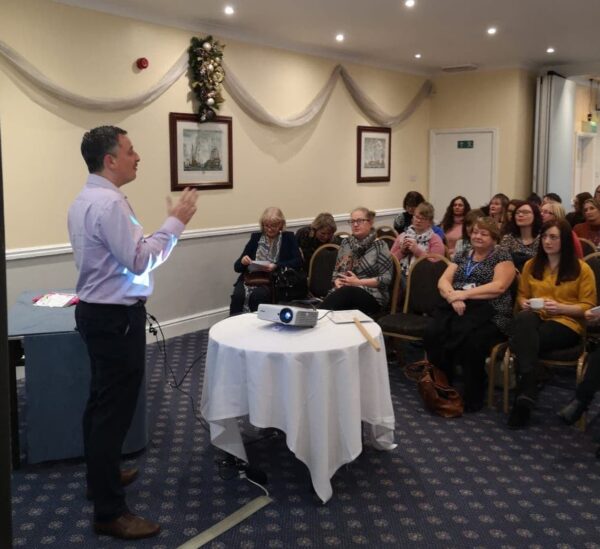 Here at DadPad, we are delighted to have been able to support Mark in getting this report published – we’ve sponsored the production of the reports, and Hannah has worked with Mark to edit the document. Julian explained why we wanted to do this:

Having watched Mark work tirelessly over the past few years as a pioneer for fathers' mental health and then being fortunate enough to collaborate with him at several important events and causes - all connected with paternal perinatal mental health - we wanted to make sure that we were doing all that we could to help him bring together for publication the huge wealth of knowledge, evidence and information that he has gathered. This will now hopefully enable him to meet his aim of legitimising work in this area, looking at the past, present and future direction of the campaign to bring fathers' mental health issues to the fore, where they rightly belong, and bring about the change that is needed.

We’re also all hugely grateful to the amazing team at St Austell Printing Company – who produce all our DadPad resources – who were able to get this printed and bound so quickly and professionally.  We think the finished report looks amazing!

We now look forward to seeing how the report is received. Anyone wanting a copy should contact either Mark Williams via Twitter or get in touch with us here at DadPad.

We’ll end with a comment from one of Mark’s biggest supporters – with whom he has collaborated on a number of books and articles – Dr Jane Hanley:

The fight to raise awareness of parents' mental health has been a challenge, and Mark has worked tirelessly and determinedly to bring this to the attention of both health professionals and the public. He has remained focused throughout and this report is the pinnacle of his story. Let us hope it resonates with both the public and policy makers and that someone, somewhere will make the difference to ensure that parents have the good mental health they deserve.