Today is World Prematurity Day.  As part of our recognition of this, we’re delighted to be posting our second guest blog, this time featuring Joanne King, a Health Visitor in Wolverhampton.  Joanne first got in touch with us via our Facebook page, which led to us having an email conversation about her dissertation.  We thought that, with World Prematurity Day coming up, asking Joanne to write a blog post about her neonatal-related findings would be a great way for her to share this info…

Hi, my name is Joanne King and I currently work as a Health Visitor at The Royal Wolverhampton Trust. I love my job and have great joy and job satisfaction in helping the families I work with in the city of Wolverhampton. I wanted to write this blog as it is something I feel passionate about and I hope I can make a difference in this area in the future.

As a student nurse four years ago, I wrote my dissertation on bonding and attachment from the perspective of a father with a baby on a neonatal unit.  I have found that the research findings have shaped the way I practice today as a Health Visitor as it highlighted the importance and impact that a father has on his baby’s life, and how dads can feel isolated and uninvolved in their own baby’s life.

Bonding and forming an attachment between a baby and their main carers enables the baby to grow and flourish into a healthy, well-adjusted child and – in due course – adult.  Bowlby (1951) highlighted this in his work on attachment, explaining that it stabilises a child’s development, enabling them to be able to develop and make lasting relationships through their lives.  However, when parents are faced with having a baby on a neonatal unit, they report how they worried they are about how this would affect their bonding and attachment. 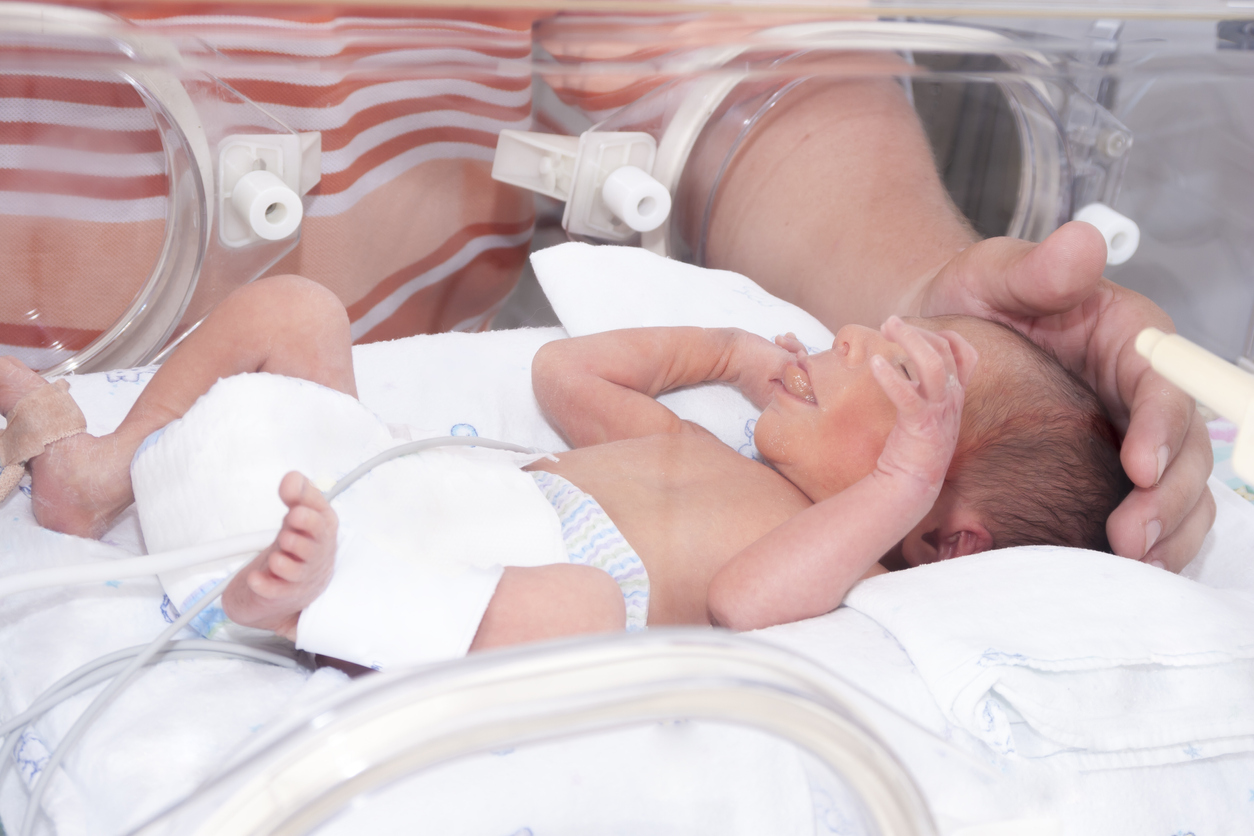 Within the findings of the research for my dissertation, Ringland (2008) reported that parents often feel a sense of loss of (and almost a form of grief for) what they imagined life with their baby would be like, compared with the reality that they are experiencing; some parents described their reactions to having a pre-term baby as being similar to experiencing post-traumatic stress disorder.  Because of this, care in a neonatal unit needs to be family-focused, with a huge involvement from both parents.  However, in this environment, the father can be missed by staff – and even by the mother.  Boxwell (2010) found that fathers felt that they were overlooked when compared with mothers, and yet had very similar feelings to the mother in relation to the baby, as well as overwhelming feelings of needing to support the mother, whilst also dealing with financial pressures. Other research found that fathers either experienced a loss of emotions and/or felt that they could not show their emotions in front of the mother, believing that they needed to be strong and supportive towards her.

Furthermore, I found – from other research – that dads were happier to talk to their babies rather than to handle them, although one dad reported that, when he did hold his baby for the first time, it felt amazing and any feelings of stress, worry or despair vanished (Feeley et al, 2012).  In addition to this, it was found that giving fathers the opportunity to be involved with the care of their baby hugely helped with bonding, and their feelings of involvement grew.

A common thread that I found running throughout the research was communication.  This varied from effective to poor communication across all neonatal units.  Fathers reported that – when neonatal staff communicated with them and got them to be actively involved with the care of their baby, updating them on baby’s progress with explanations – this made them feel part of their baby’s lives, encouraging them to be more proactive and helping to ensure positive outcomes for the whole family, resulting in a real partnership between staff and both parents.

However, some of the research findings reported that dads felt left out and not involved, and that staff would:

For some professionals, this may not be a huge deal but, from this early stage in a baby’s life, if a father is not encouraged to get involved with his baby, or does not feel he can be involved, this can have a negative impact on the family unit (Bowlby, 2010).

Fear was another emotion identified by fathers.  However, they also reported that, when staff encouraged them to get involved or made themselves available when parents were visiting, this had a positive impact on the overall experience and limited the feelings of stress and fear experienced by the dads.

The need for change

For both parents, having a baby on a neonatal unit is stressful, worrying and a scary experience.  However, no matter how we might think that times have changed, it is clear to see from the research that fathers are still being left on the sidelines, and I was saddened that fathers are still feeling like this. Even as a Health Visitor today, I find it hard to accept that fathers are not seen as equals to mothers, and that fathers – too – have feelings like mothers.  Despite this, there are very limited services and support for fathers.

What I do know – from my professional and personal experience and opinion – is how important dads are to every child’s life.  They need to be seen, heard and counted when something so important as having their baby on a neonatal unit happens.  I hope that I can raise awareness with other professionals, and hopefully be able to start putting services out there in the West Midlands, to help and support dads where it is needed.

The learning that I gained via my nurse training ensures that, every time I see a dad, I invest time with him and ask him how he is.  Those simple words are really quite powerful, as they encourage dad to stop and actually take on board what you have said.  In some cases, I have even been told that I am the first person in a professional role to have asked him this.  I hope that, going forward, by highlighting how important it is to check in with dads on a neonatal unit, as well as out in the community, we can start to get dads the support that they need and deserve.

Feeley, N et al (2012). Fathers’ perceptions of the barriers and facilitators to their involvement with their newborn hospitalised in the neonatal intensive care unit. Journal of Clinical Nursing; 22(3-4): 521-530.[Online]

Our DadPad Neonatal contains information on all aspects of being a dad to a neonatal baby and is intended to be used by health professionals to help inform, engage and empower dads of babies on neonatal units.  You can find out more about the DPNN in previous blog posts from Nov 2017, Jun 2018, Jun 2019, and Sep 2019, when we were delighted to announce that the resource had been Highly Commended in the Innovation category at that year’s BMA Patient Information Awards.  We’ve also got blog posts about the importance of secure attachment and how to bond with your baby, if you want to find out more on these important topics.