After months of working with the fab Health Visiting Team within South Warwickshire NHS Foundation Trust (SWFT), we were delighted to be able to ‘go live’ with our first app in the Midlands on Monday 27 September.  This one was particularly special for Julian, being a Midlands native himself, and we’re looking forward to being able to roll DadPad out to other Trusts in this area over the coming months and years.  For now, though, dads-to-be and new dads in Warwickshire, Solihull and Coventry are able to download the app – which, like all our apps, has been adapted to include bespoke, localised content – onto their phones or tablets via our app page link. 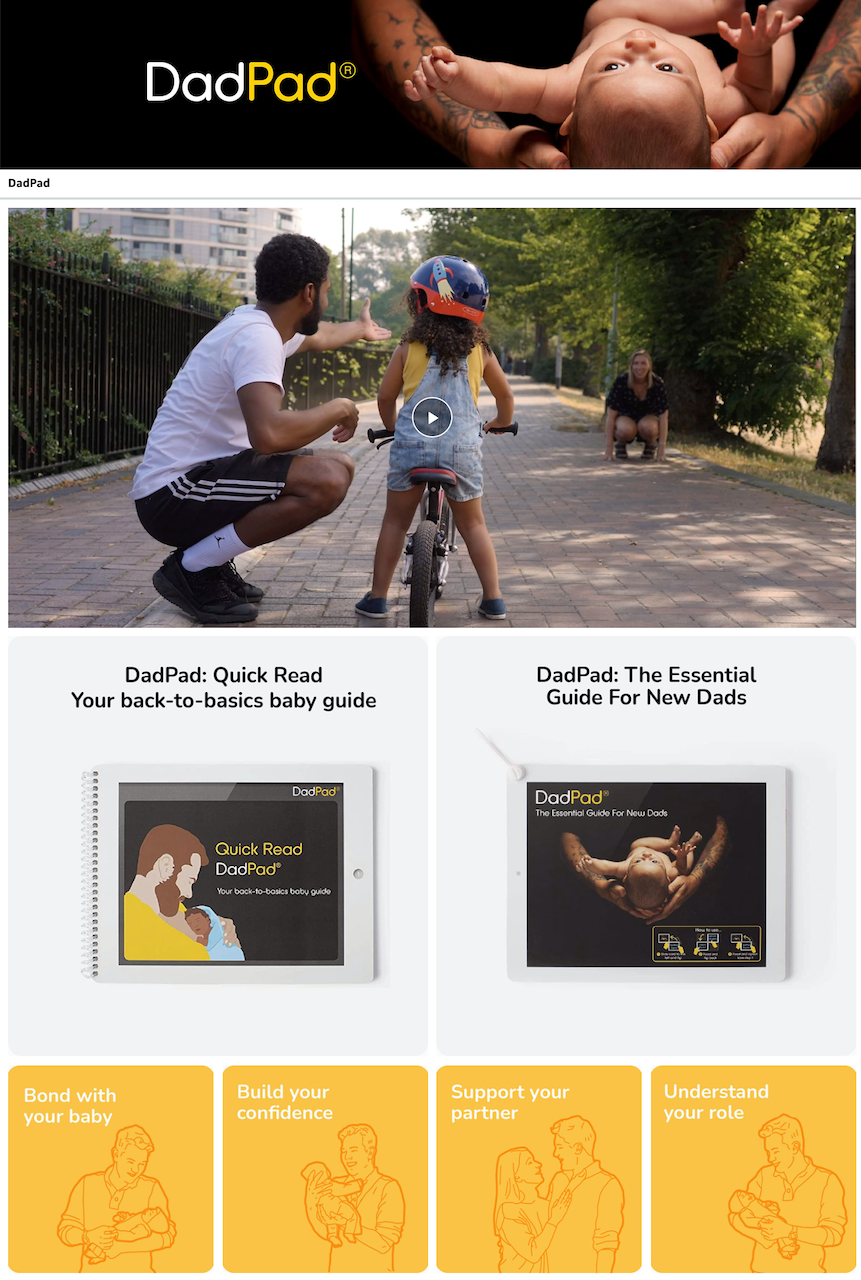 The launch of each new DadPad app is always a cause for celebration, as it means that more men will be getting access to vital information, advice and support on all aspects of new parenthood, and not just on baby care basics, such as feeding, crying, holding, washing, sleep, and nappy change.

Even better news, though, is the fact that we have teamed up with our good friend and fellow Paternal Mental Health Alliance board member, Scott Mair, to support the DadPad across Warwickshire.  Scott is himself the dad of seven boys and also the founder of PMH Support. He works closely with healthcare professionals and maternity units in and around Warwickshire and the West Midlands, offering support for paternal mental health, as well as educating parents and professionals on the importance and benefits of supporting parental mental health.

Scott and Julian were invited to speak about the Warwickshire DadPad on the local radio station (BBC CWR) and Scott helped explain why resources like DadPad – which focus on giving dads confidence and a voice in relation to all things perinatal – are so important:

One of DadPad’s core aims has always been to raise awareness of perinatal mental health issues that can arise in both mum and dad. In relation to the latter, we strive to share the message that dads can and do suffer with poor mental health around the time of the birth and beyond, and that it is therefore essential that they not only know what signs and symptoms to look out for in themselves, but also what to do and where to go if they think that they are struggling.

Just last week, an article was published citing research from America in 2020 which had looked at 43 studies of more than 28,000 fathers worldwide.  This research “…found that 10 per cent of men across the world showed signs of depression from the first trimester of their wife’s pregnancy until six months after birth.“.  These figures are not all that surprising; it’s long been estimated that, similar to new mums, approximately one-in-ten new dads will experience PND.

However, what was more interesting was the next finding from the Journal of the American Medical Association:

The number [of men showing signs of depression] increased to 26 per cent in the three to six months after the baby was born.

This figure is huge: over one quarter of new dads will experience PND.  As the article continues, this “figure is more than twice the rate of depression normally seen in men, and higher than the number of women who suffer PND, which is widely accepted to be between 10 and 20 per cent.” [our emphasis]

One last figure to add in here comes from psychologist and Postpartum Support International board member Daniel Singley, in an interview with inverse.com from July 2021:

One in two dads develop postpartum depression when their partner also develops it. That’s 50 per cent, which is staggering from a public mental health perspective.

Impact on the family

This inverse.com article also looked at the impact that a dad who is struggling with his mental health can have on the whole family. Aside from placing a strain on his relationships with those closest to him, Dr Sharin Baldwin – clinical research fellow at the University of Warwick – stated that:

If either parent is depressed, we know that can have a huge effect on a child’s behavioural and cognitive development and school readiness.

Crucially, experiencing poor mental health during the perinatal period can have a bearing on the new dad’s ability to form an all-important bond (sometimes referred to as ‘secure attachment‘) with his child, as noted by a dad who participated in a UK research study from 2021:

It affected my bond with my daughter, which sadly I still feel now. I don’t feel the same feelings towards her as I do to my first child, which makes me sad.

Another issue is that this all has a huge consequence in terms of financial expense, as noted by Dr Baldwin:

If a father is depressed, and that affects the father and the child, all the services that then need to get involved in supporting the family can end up costing enormous amounts.

All this means that getting information and support across to dads (in relation to both their partners’ mental health and their own) needs to be of paramount importance, and this is confirmed in research from 2020 by Dr Andy Mayers and team which found that:

Fathers desired more information specific to postnatal mental illness, such as warning signs and potential symptoms, and information on how best to help their partner through this difficult time… Many fathers felt little sympathy was provided to them [by healthcare providers, with]…a distinct lack of service support and general recognition for father’s mental health.

In the BBC CWR interview, Scott Mair spoke about how valuable DadPad can be to help dads become more aware of their own mental health:

…if we get this right we will reduce the mental health side of it by educating parents properly – ALL parents – but dads are the ones that sometimes find it difficult to ask questions and know where to get support.  By giving them this support and giving them the tools in advance, it will help… make that transition a little bit easier. 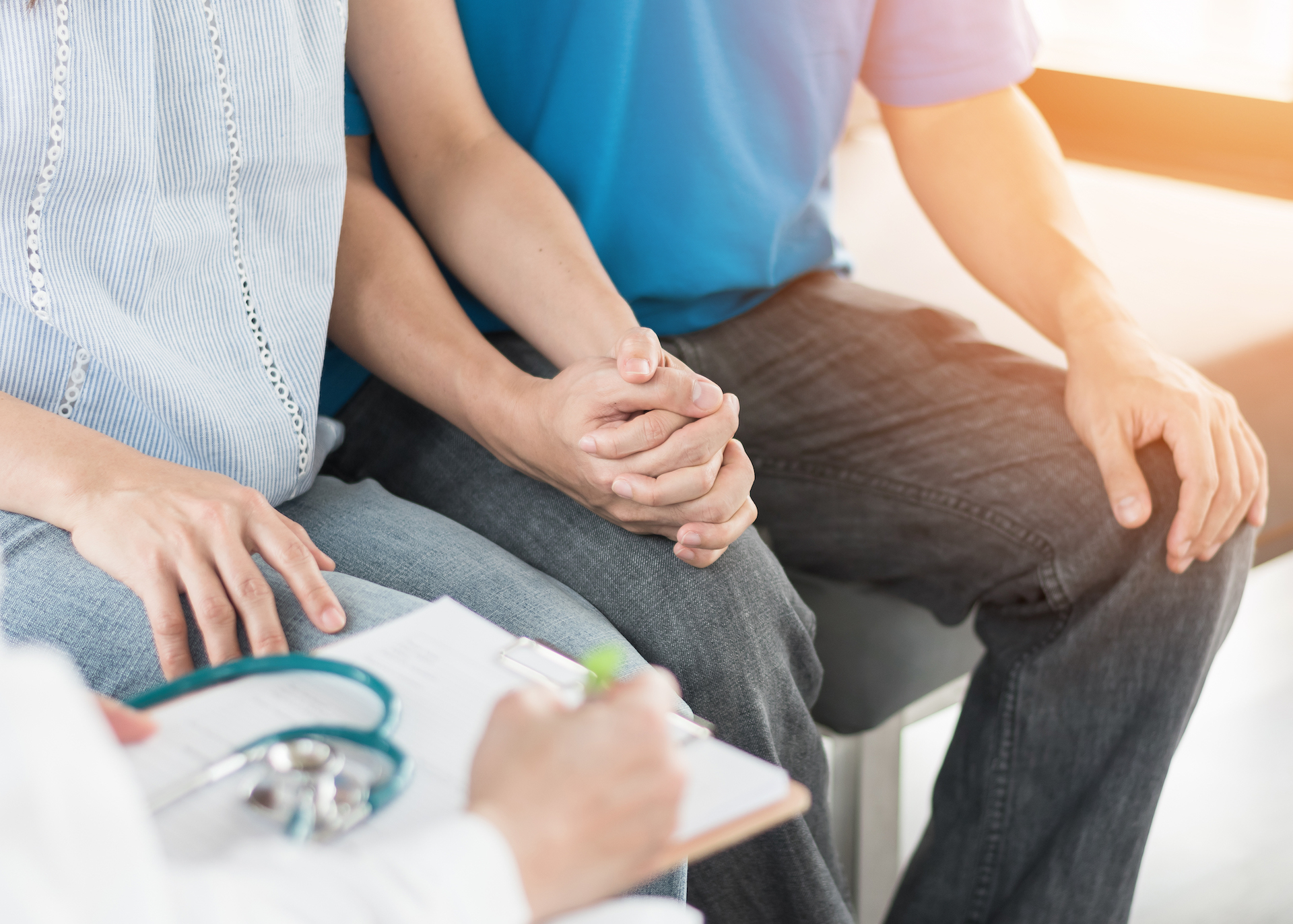 The good news is that things are beginning to change.  In that research paper from Mayers, it is noted that: “…recent developments have shown that perinatal health professionals, including midwives and health visitors, are now additionally being trained and educated regarding the needs of fathers at this time.”

Given that we like to hope that DadPad could be an essential tool in this training and roll-out of additional, embedded support to dads throughout the perinatal period, this means that it is incredibly exciting to launch in a new area, such as the Midlands.

Alongside the commissioning team at SWFT, Scott is also keen to keep encouraging healthcare professionals to continue to reach out to dads-to-be and new dads:

…I try and talk about… involving dads more and involving that partner and seeing them as an asset and not something to be forced against.. Now that we have Health Visiting in the [Warwickshire] area using the DadPad, they can start to introduce it.

Sarah Foster, who is the Locality Manager for Warwickshire 0-5 at SWFT, commented:

We are really excited to be able to offer this fantastic resource to all the dads across Warwickshire, Coventry and Solihull to offer support through the DadPad app and website alongside our Health Visiting Services. This resource development recognises the critical role of fathers within children’s lives and the importance of supporting them with issues specific to men and their parenting needs.

DadPad is a “really helpful” resource

Finally, Scott ended the CWR interview by providing an overview of why he considers DadPad to be such a good resource:

I was a little critical in the beginning because… I knew what we needed and I wanted to make sure, if DadPad came into the area, that it is what we need, and it absolutely is… [It] really is very beneficial that we start to give this information out to all parents, but particularly dads, because they want to know this information, they are very rarely told it, and – when they do look for it – the language and the way that [the information] is slanted… is geared at mum, and it is a different role.  So having it in a language that’s written to a dad, from a dad, is very, very rare – and that’s why I think it will be really helpful.

We’re really looking forward to continuing to work with Scott and all the team at SWFT to ensure Warwickshire dads and dads-to-be get the information, advice and support that they need in order to help give their babies the best start in life!

Mayers, A et al (2020). “Supporting women who develop poor postnatal mental health: what support do fathers receive to support their partner and their own mental health?”. BMC Pregnancy and Childbirth. [online]

Hambridge, S et al (2021). “‘What kind of man gets depressed after having a baby?’ Fathers’ experiences of mental health during the perinatal period.” BMC Pregnancy and Childbirth. [online]